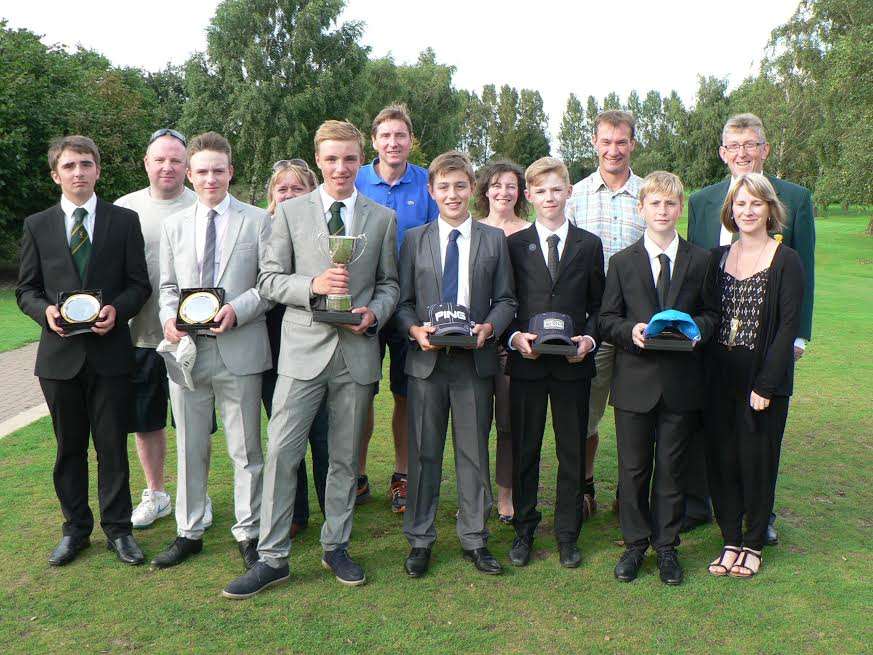 The Lincolnshire Union of Golf Club’s Under 14’s county team have done themselves proud by retaining the Midland Boys’ Under 14’s Championship, at Broughton Heath, in brilliant fashion by the same 14 shot margin as last year. They got off to a solid morning start with good scores being returned – five out of six to count. At the half way stage we were on 311 – just two clear of Nottinghamshire. In the second round all our players returned scores better or equal to their morning scores with one player knocking a huge hole in his morning score to post a one over par gross score for the afternoon.

At the end of the second round we posted a score of 293 for a total of 604 which increased our lead over Nottinghamshire to a massive 14 shots. The same as last year. Well done lads. Only two of last year’s team were eligible to play again this time but it does demonstrate that we do have some good golfers coming through our system.

Also, it wouldn’t have been possible without the support of the parents who, not just for this event but all others too, who make sure that the players arrive at the right place at the right time. Thanks to all the parents involved in Lincolnshire junior golf.

In earlier weeks the juniors completed their summer competitions. Full results are elsewhere on the web site but just to re-cap but in the Les Johnson Trophy held at Louth Golf Club Sanjay Nithiyalingam took first place with a score of gross level par 72 on a very well presented course with some really fast greens and, also, in very windy conditions.

Both the Under 18’s and Under 16’s/Under14’s teams have completed their fixtures for this year in a rather disappointing fashion due to the withdrawal of Northamptonshire who had won through to the England Finals of the six man team event at Kings Lynn where they finished second behind Wiltshire. So the expected fixture at Sleaford didn’t take place at all and the triangular match at Stanton on the Wold became just a match against Nottinghamshire who ran out comfortable winners by 12 ½ to 2 ½, partially due to us having to field a team weakened by unavailability. Our ‘senior’ juniors are now moving on to work, university and others had holiday commitments.

As you can see we do have a need to continually introduce new players into our teams, at all levels, so please spread the word about our junior activities the more the merrier and introduce them to our registration system and competitions – there is one more remaining this year – the Patrons Cups at Blankney in October – let’s have a good turnout.

Thank you from SLCGA for Supporting Junior Golf