The overall aim of the competition is to 'Support Junior Golf in your County' by donating as much of your entry fee as possible back to junior golf in your County. The Taskers Trophy Inter-Club Competitions are a team knockout golf competitions, for Gents & Ladies aged 50 and over. 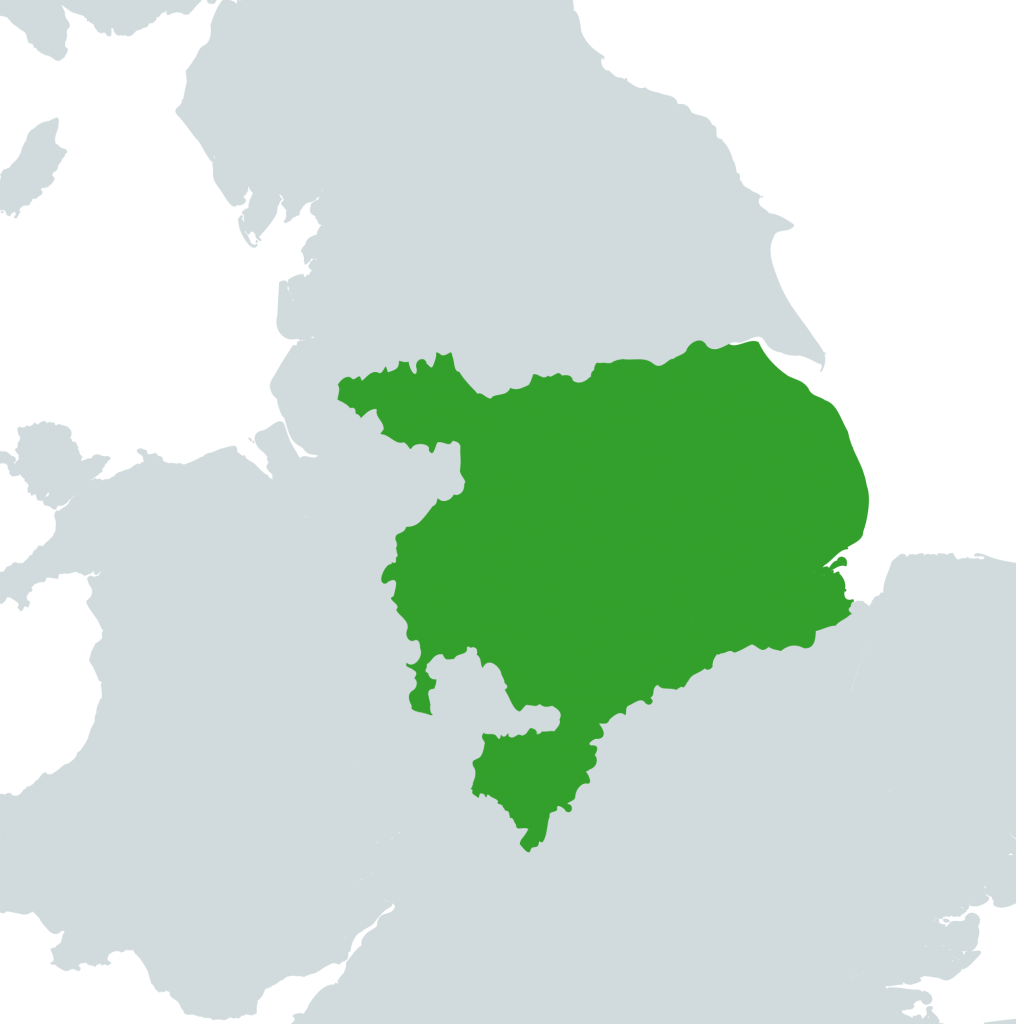 Warwickshire is welcome! In 2020 there were no teams from this area entering however Warwickshire Clubs are welcome to enter the competitions!
0% 2020 Gents Teams
0% 2020 Ladies Teams

Established in 2000 by Bobby Caple after the former Marstons competition closed, to form the current gents Inter-Club, supporting junior golf in your county 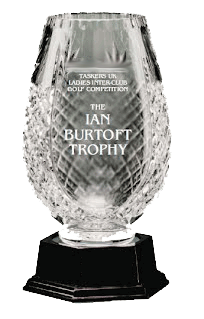 Introduced in 2011 The Ian Burtoft Trophy is presented to the winning Ladies team. Ian Burtoft was Secretary to the Inter-club competition for many years and his invaluable contribution and dedication to this event helped develop it to where it is today. The annual awarding of this trophy, in Ian’s memory, will ensure that his legacy remains an integral part of the Inter-Club competitions 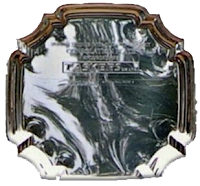 Introduced in 2006, following co-sponsorship of the competition by Taskers UK, providing a parallel competition for gents teams knocked out in their first round.

Should you require any further information, or any support in promoting the competition to clubs in your county, please do not hesitate to contact us, and we will be happy to assist.

Apart from the obvious financial reward to Junior Golf itself, the annual event gives an opportunity to all competitors to play new courses, meet more people and enjoy the superb ‘camaraderie’ that is the hallmark of this well-established tournament. It is not expensive… and it is great fun. We hope your club will become involved!

The current Taskers Trophy Inter-Club Golf Competition for the Over Fifties, was re-established in 2000 as the The Spondon Trophies, which was formed following the ‘Marstons’ competition having become defunct with the takeover of Marstons brewery in Burton upon Trent in 1999. In 2000 it was re-sponsored by founding committee member 2000 Bobby Caple, and his then trophy business. In 2007 Taskers UK joined in co-sponsorship of the competition and it became the Spondon Trophies Taskers UK Inter-Club, with their sponsorship they introduced the Taskers Plate, for teams knocked out in the first round, in 2013 Taskers UK agreed to become the sole title sponsor of the competition we know today the Taskers Trophy Inter-Club

Our Inter-Club journey began in 2000 when Bob Caple, former proprietor of a Derby trophy business and then Captain of Breadsall Priory at the time acknowledged the sad loss of an enormously popular annual event, ‘The Marstons Trophy’ and brought about its resurrection, in the form of ‘Spondon Trophies’ Interclub Knockout Competition for the over 50s, with the extension of the competition in 2007 with the addition of the Taskers Plate Competition.

Thanks also go to Mike Crawford of Taskers UK Ltd, and Past Captain of Breadsall Priory, for the introduction in 2006, of the ‘Taskers Plate’ competition, and becoming the sole sponsor in 2013 bringing the Inter-Club under the Taskers Trophy banner. Along with additional financial support and a prestigious trophy from Taskers, competing teams defeated in round one can continue through to the grand final in the ‘Plate’ competition, alongside the ‘Trophy’ competition.

In 2010 we announced the introduction, the Ladies Inter-Club, as we saw an opportunity to support junior golf further by opening up our tried and tested Inter-Club format to Ladies in 2011, and introduced The Ian Burtoft Trophy, in memory of past competition secretary.

With the support over the years from Stuart Ross, Colin Annison, Mike Crawford and Ian Burtoft – all past Captains of Breadsall Priory, the event has raised the profile and provided funding for Junior Golf in your County – all of which was donated to promote junior golf in the counties of all participating clubs, via their associated County Unions.

Based in Sheffield, Taskers are centrally located in the UK and are leaders in Design, Manufacture, Supply, Service & Repair of Hydraulic Systems and parts 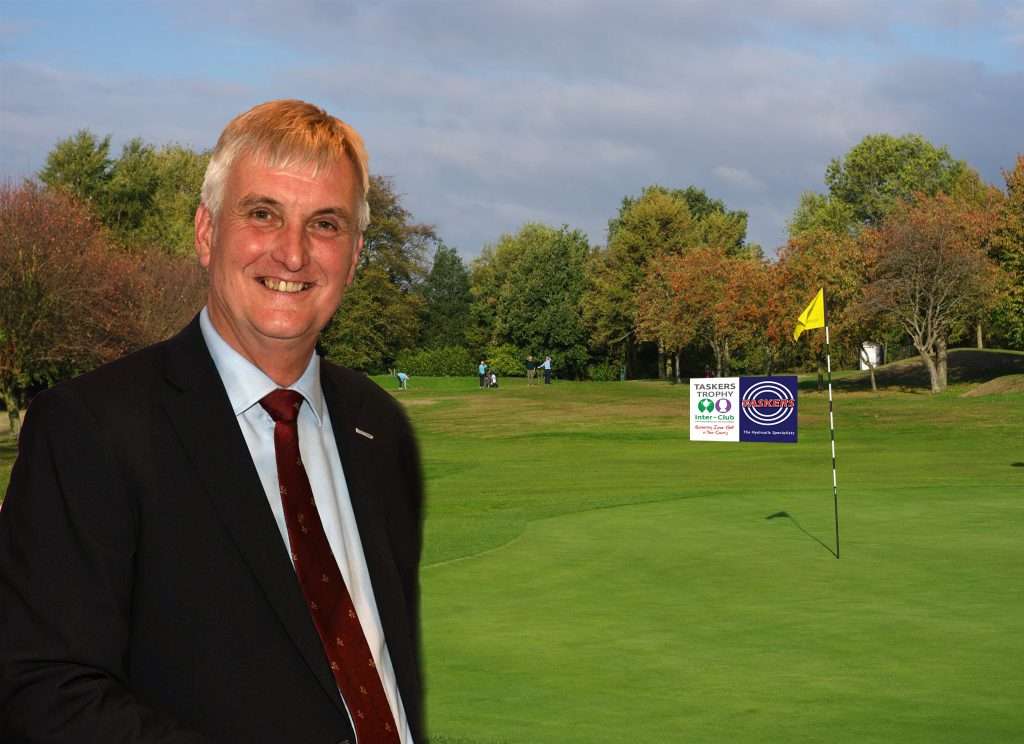 Competitions Cancelled due to Covid-19 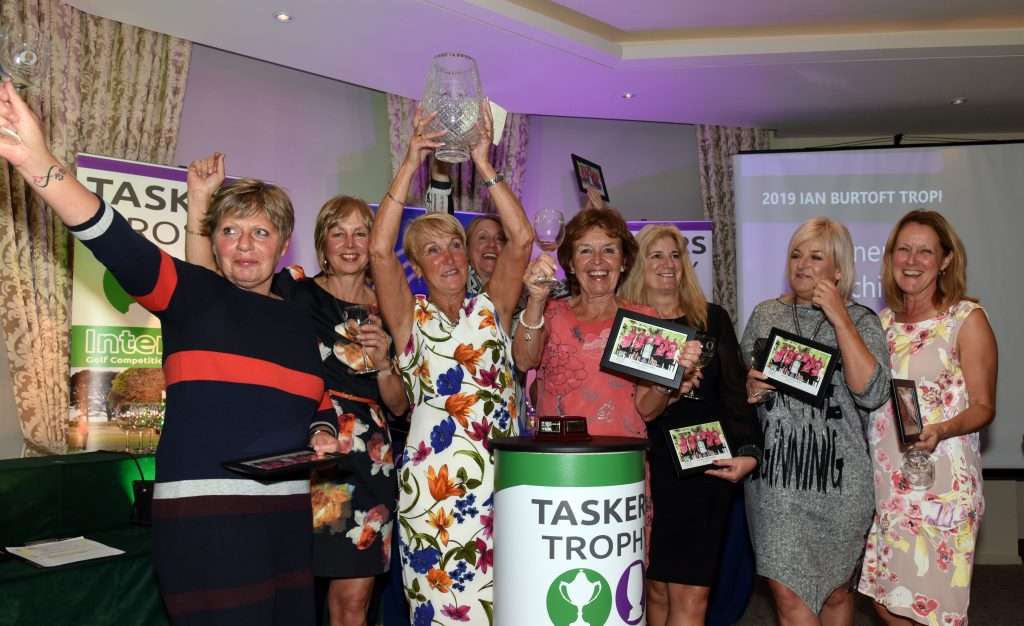 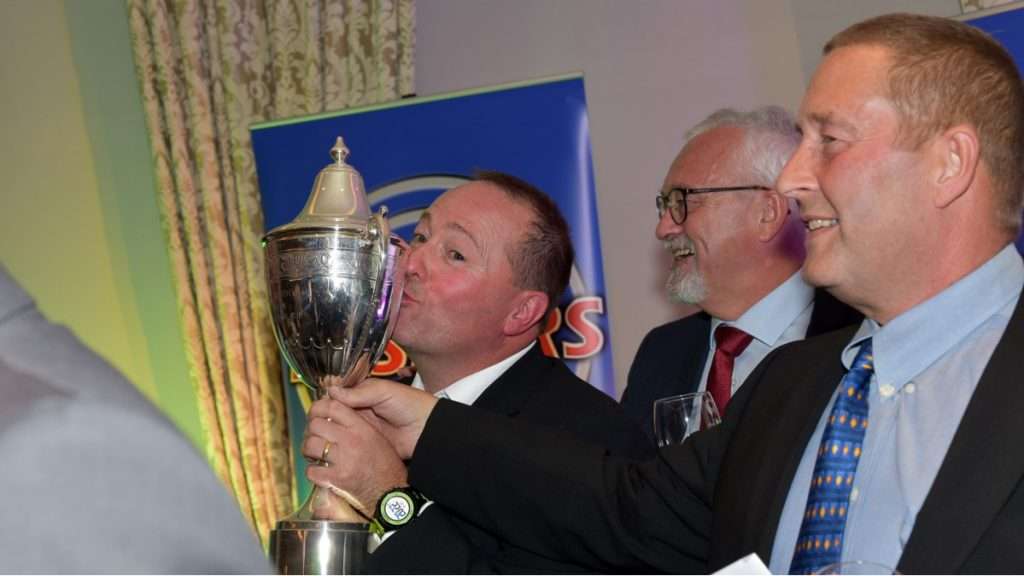 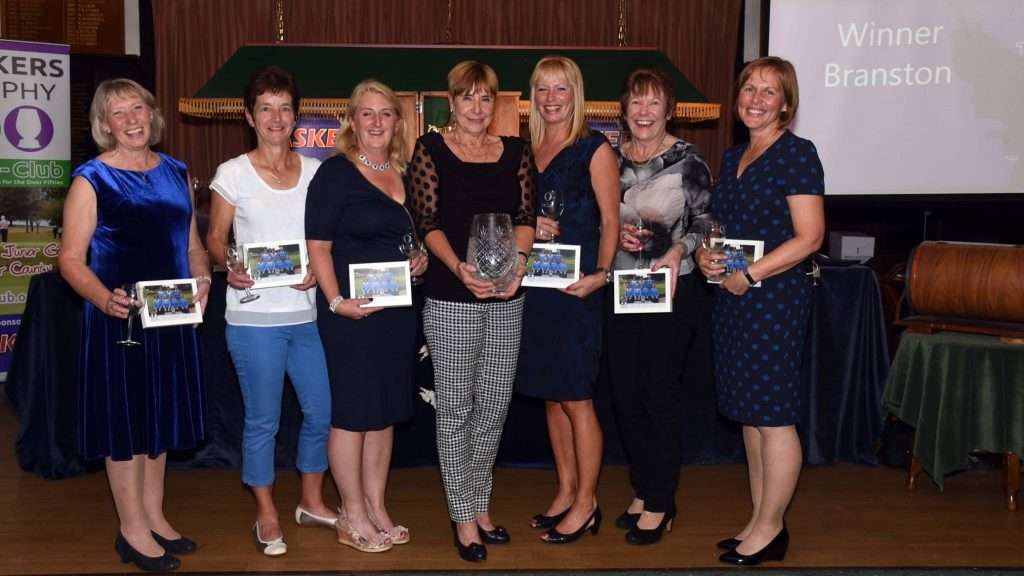 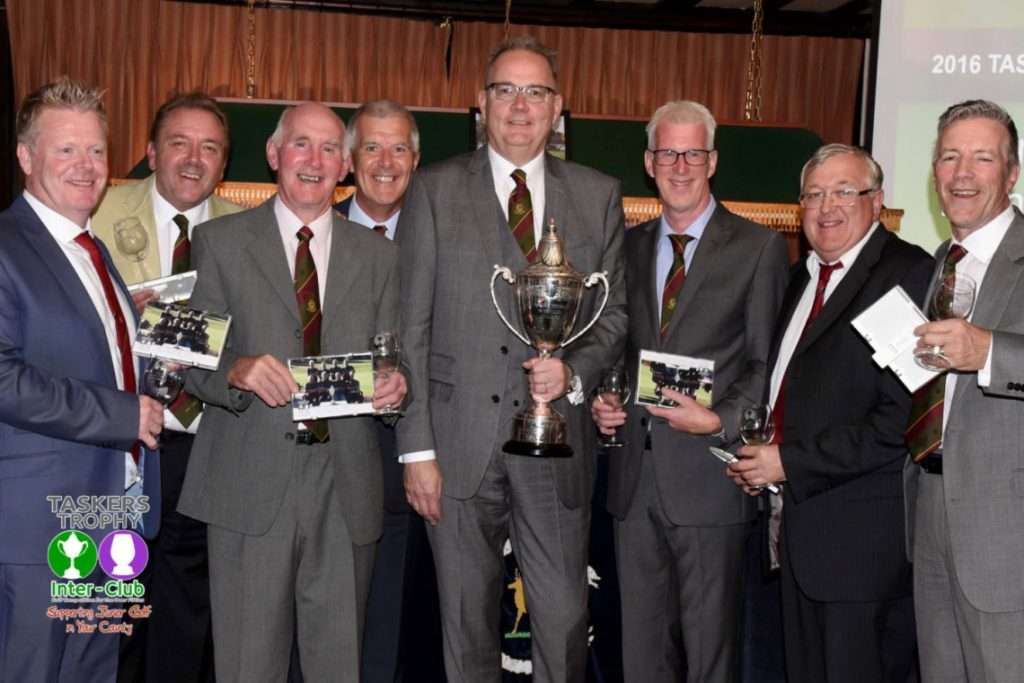 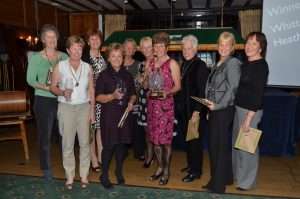 In 2010 we announced the introduction, the Ladies Inter-Club, as we saw an opportunity to support junior golf further by opening up our tried and tested Inter-Club format to Ladies in 2011, and introduced The Ian Burtoft Trophy, in memory of past competition secretary. 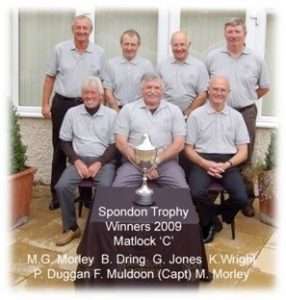 Taskers Plate Competition introduced for teams knocked out in the first round of the Trophy, following the co-sponsorship from Mike Crawford MD of Taskers UK 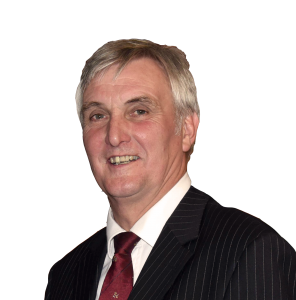 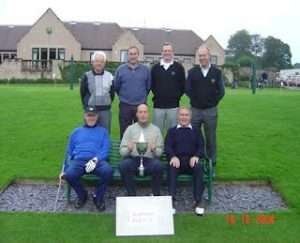 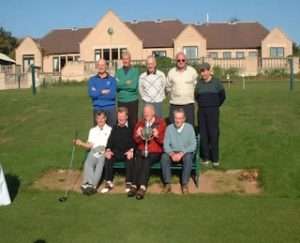 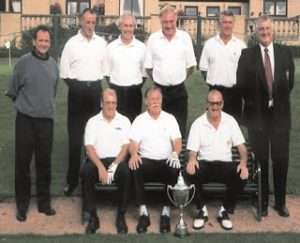 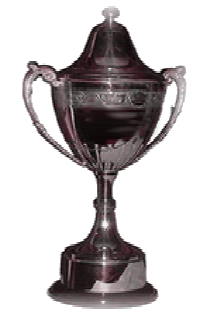 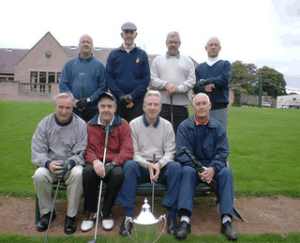 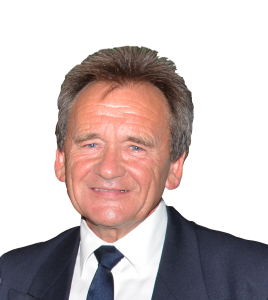 Following the ‘Marstons’ competition having become defunct with the takeover of Marstons brewery in Burton upon Trent in 1999. In 2000 Bob Caple (then proprietor of Spondon Trophies) and Club Captain of Breadsall Priory Golf Club at the time acknowledged the sad loss of an enormously popular annual event and brought about its resurrection, in the form of the Spondon Trophy, with the aim of supporting junior golf in your county with the distribution of funds from the entry fee.