Inter-Club Golf for the Over Fifties

This year our first challenge was Southwell Golf Club in Notts and our second challenge was the unprecedented weather. Fixtures were agreed and then postponed until finally, since all first-round matches needed to be played by the 23rd of April, we played our away match on Monday 16th April and our home fixture only two days later on Wednesday 18th April. The overall winning club would depend on the total score across the two days. 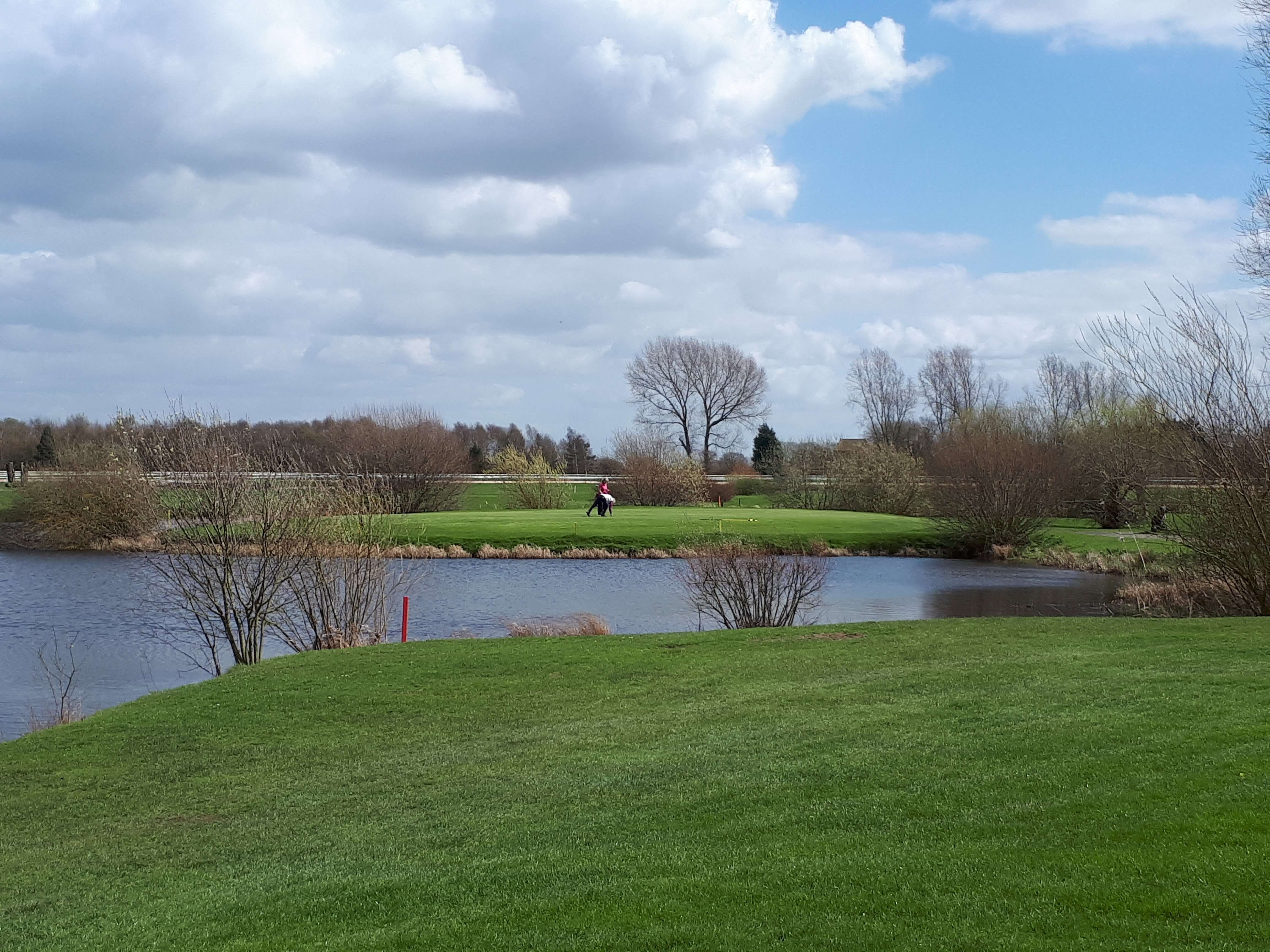 Our team of seven travelled up to Southwell on one of the better days in recent weeks. However, the course itself was still struggling to recover from the recent bad weather. Only two fairways had been able to be cut and there was plenty of water, not only in the lakes, streams and the river Greet, but on the course itself. The muddy conditions were challenging for everyone, but the lack of being able to play any full rounds recently took its toll and meant that the Melton Ladies came away having lost 6 and 1. Heads were down and we were expecting an early exit. Congratulations must go to Jean Moulds who posted the only away win.

Just two days later, Southwell came to Melton to play the second round on the hottest day of the year so far (check out the capri trousers on their first outing this year). After Monday, the result was hanging in the balance. Once the first six matches had been played (with some scores so good that pairs walked in without completing all 18 holes) the aggregate score was 6 and 7 in favour of Melton. All now depended on team 6 coming in for a final result. If our last lady had lost the match, then we would have drawn across both legs which would have forced a play off. However, that wasn’t necessary as Melton Ladies scored a whitewash to make it through to the next round.

Ladies Get Ready for Round 2

Top tips for arranging your match

The Pink Ladies Start the Journey to Defend Title

Success in the sunshine

You may select your cookie preferences below however you need to use your browsers settings to fully opt-out of these cookies.

We have detailed them below so you can identify them and their purpose when changing your browser settings.

Necessary Always Enabled
Necessary cookies are absolutely essential for the website to function properly. This category only includes cookies that ensures basic functionalities and security features of the website. These cookies do not store any personal information.
Functional
Functional cookies help to perform certain functionalities like sharing the content of the website on social media platforms, collect feedbacks, and other third-party features.
Performance
Performance cookies are used to understand and analyze the key performance indexes of the website which helps in delivering a better user experience for the visitors.
Analytics
Analytical cookies are used to understand how visitors interact with the website. These cookies help provide information on metrics the number of visitors, bounce rate, traffic source, etc.
Others
Other uncategorized cookies are those that are being analyzed and have not been classified into a category as yet.
SAVE & ACCEPT
Powered by